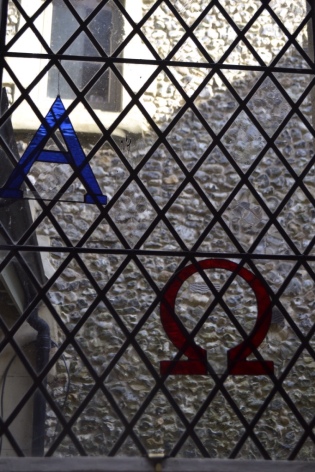 In my naivety many years ago I made an enthusiastic but insensitive remark which has stood with me ever since. As a relatively young Minister a young man came across my path in Church one day, asking for help as his parents had thrown him out because of his alcohol addiction. I got him into three different, local hostels around the East Midlands. He lasted no more than three days in each one (one of them only a few hours). After each one he returned to his parents for about a week. After one occasion his Mother accused me of fuelling his addiction by getting him into a hostel where there were others with the same or similar issues, and yet her only solution was to throw him out of the house !
That young man eventually committed suicide and I live with a sense of my failure over it. Whilst I know it wasn’t my fault as such, I still treasure the memory of that young man and consequently wish there was more I could or should have done.
What was the insensitive remark? I told him he needed to become addicted to Jesus instead. Great truth in the remark but not what he needed to hear at that time in his life; a time when he just needed someone to hold him and love him and ultimately through that love introduce him to the greater love of Jesus.
I share this today in the hope that I’m older and wiser: I now find myself befriending the work of Burton Addiction Centre, which seeks to help others at their time of need. Today, I called into their restaurant (Langans) to drop a message off and found myself deep in conversation with people who have become friends.

Hopefully what I’ve learned over the years is not to over-spiritualise every occasion, nor see it as an evangelistic moment to add one more body to the ‘success’ rate: instead I trust that I’ve learnt to simply walk with people whilst remaining open to the urging of the Holy Spirit to guide me.
Why the opening picture to this post ? Because it reminds me that Jesus is the Alpha and the Omega, the beginning and the end. As such it is His work we’re engaged in and not our own, so we must be led by Him.
Please pray for the work of BAC and for Langans; please pray for those you know who are struggling at this time with all manner of addiction and seek Gods leading in what you should do.

So, the election is over and so Jeremy Corbyn is appointed as the new leader of the Labour Party, with 59.5% of the first preference votes. In his acceptance speech he spoke of seeking a more tolerant and inclusive society, of “grotesque levels of inequality” which needs to be sorted: he also spoke of unnecessary poverty and how his election campaign had shows that young Britons weren’t apathetic about politics, but were seeking a cause to rally behind.

Could this be the start of a brave new spring within the Labour party and within politics itself ? 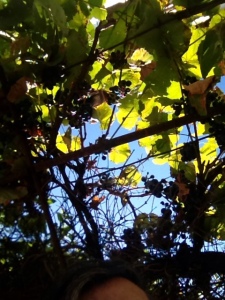 Oh, how much this speaks of the Church today…………….

I find as I talk to various people (and this is as recent as at a funeral I conducted yesterday) that people are not turned off by matters of faith or spirituality, but are hugely turned off by meaningless religion often seen as `the Church`. This morning I went to a local Church of another denomination, and where I was not known, where a coffee morning was taking place. I`d gone to support a friend who was part of an art exhibition which was taking place in the building; my friend wasn`t there at the point when I called in but as the Church was holding its regular coffee morning I thought I`d have a cup of coffee as well. I`m still waiting for any of the regulars to say hello or even speak to me, as they were so caught up in their cosy little club atmosphere and weren’t really concerned about anyone else. Just as the Labour party seems to have spent the last few years more concerned about keeping face and losing its reason for existence, so the Church seems more concerned about looking after itself and its lost sight of the mission of Jesus.

At a local level we`ve lost sight of the need to speak out against the poverty around us, the compassion for refugees, and we`ve bowed down to subservient scraping over looking respectable, maintaining the past, and preserving our buildings regardless of their purpose; in short we`ve become a cosy little club, desperate for new members but only as long as they look like us, act like us, and don`t disturb what we enjoy doing. Within Methodism, we`ve forgotten our past of Wesley reaching out to the miners of Kingswood, of the Toldpuddle martyrs, of protest and social action; instead when we talk about the past so often its through rose-coloured spectacles.

How long Jeremy Corbyn will last I don`t know but I pray that this may genuinely be a turning point in politics and may lead to a fairer, more just, inclusive society but at the same time my prayer is also for the Church that it begins to move once again with the Holy Spirit and becomes that for which Jesus said of Peter “Upon this rock I will build my Church”, not an institution but a community of faith. 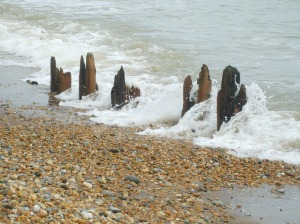 Many of us will have seen, wept and despaired over the harrowing pictures of the refugees risking everything for a safer life. Many of us will have grown angry over the apparent lack of concern for the situation; the washing of hands; the medias wholesale depiction of migrants as freeloading spongers and nothing else.

The more recent pictures of the drowned boys seem to have hit home to people the seriousness and the precariousness of the fleeing refugees, and it would seem as though the mood of the nation is beginning to change.

I don`t know the answer to the situation and I give thanks that I don`t have to make the hard decisions, but I do think there are certain things that are incumbent upon all of us to get a grasp of as soon as possible.

I offer nothing else, for I`m not wise enough but I do believe in a God who weeps for his people and so expects us to show the same compassion.