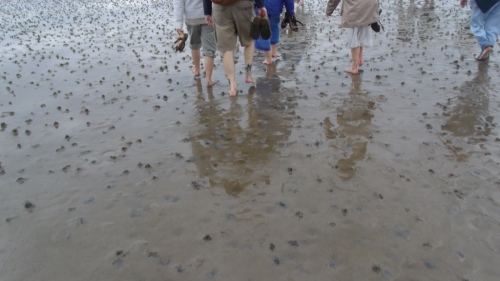 The photograph is of some of our party as we made our way to Lindisfarne on our recent “Northern Saints” pilgrimage and the one below is of St. Cuthberts Isle, just off Lindisfarne where St. Cuthberts would go to for solitude. 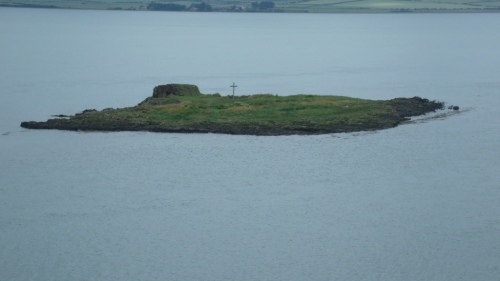 These are very much on my mind this evening as it is a year ago when one of my friends who was a great inspiration to me with his love and knowledge of Celtic Christianity passed away.

As I look at the second picture I'm reminded of the great sacrifice St. Cuthberts made for the Gospel and of his determination to marry faith with Gods creation.

As I look at the first picture I just think about my friend today, but also all those in a variety of churches (and outside of Church life) with whom I have journeyed.

For all of Cuthberts desire for solitude, for the majority of us we weren't created to live that way. As we journeyed over the sands, some slipping, some losing their footwear it was a reminder that we journeyed together. I'll probably never meet them again but for that period of time we were 'as one' in a unique experience together and loving and supporting each other through it.

And a special moment part way over was to stop, being still and listening to the sounds of the seals singing. Legend has it that this is their way of greeting pilgrims to the island, but true or not it was a lesson in learning that when we travel together with love between us, and led by Christ then blessings are to be found. 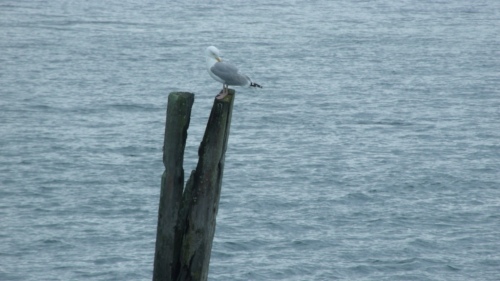 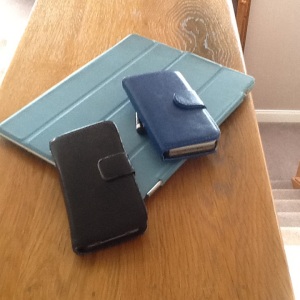 I hear a lot of complaints today about how people don’t talk to each other any more, but it puzzles me as I feel as though I’m in touch with more people than I was 26 years ago.

26 years ago, this coming September, I left my home town for theological college. I only moved 6 miles away but apart from visiting family for which I needed a car (I couldn’t drive at first), the only means of communication was letter writing (& when you’re writing at college so much then also writing a letter feels like a chore) or telephone.

In 1995, I invested in a mobile phone, which felt like the foundation brick of my Manse, and I thought all my communication problems were over. However it was still only letter or phone, although now mobile as well.

Now, here I am in 2015, on Orkney where I’m having difficulty with my phone signal, but still able to keep in touch and share news from home and about our holiday with others. Facebook, Twitter, Skype, FaceTime, texting have all opened my world to countless people: they are the means by which prayers have been and are shared; news about the health of Alison’s Mum has enabled us to relax and similarly the means Alison has been able to share with our family about my health; the means with which I’ve communicated with my brother during his spell in hospital and our updating of each other about Dad.

Facebook in particular has reunited me with so many friends from days gone by and often thanks to instant messaging protracted conversations have ensued. I know their news and they know mine.

In my Ministry my world has enlarged so much as I hear far more about faith, theologically and news-wise, than ever before.

Yes, social media has its faults and failings, and yes nothing will ever replace eye-to-eye contact when talking, but I do query how much contact we really had before when people just went home after work, perhaps had a quick chat over the garden fence with a neighbour, and then went into the house to do housework, watch telly or both often only with the family around them and sometimes in isolation.

I find that social media does have its bad, bullying, opinionated aspect which is too often used to spread fear, discrimination, prejudice or to prey on the vulnerable BUT used well it can be a wonderful world opener.

Yes, he looks like a pen and his manufacturers call him a pen, a Roger Pen. He operates on Bluetooth and connects wirelessly to my hearing aids enabling me to hear presentations much more clearly and effortlessly. My hearing aids have also had radio transmitters fitted. This was a part of the generous gift from the Methodist Church to enable me to continue to practise my Ministry: an affirming thing for me and for which I'm so grateful. Together with the generous gift of a personal loop system (given by a friend) I'm feeling as though my Ministry is valued enough for people to want it to continue.

But why am I telling you this? It's not just out of a sense of gratitude but because using Roger over the last couple of days has raised an interesting question for me.

To put this into context: at the moment I'm on holiday in Orkney and doing the tourist 'bit'. On Monday we went to the Orkney brewery and asked the tour guide if he would mind wearing Roger. He immediately agreed and even amongst the noise and distractions of the brewery I was able to hear him clearly.

Yesterday we attended a talk at the Tomb of the Eagles, a Neolithic burial site. Three different guides gave talks and all willingly wore the pen. One even said that it was part of his training!

Now the question for me is this….. Why in Church, in worship, in meetings or in organisations like Rotary are speakers loathe to engage with amplification systems or loop systems ? So often they will look at a microphone and say “I don't need this, you can all hear me can't you ?” Thankfully, my last Rotary President, Rod, began to reply on my and others behalf that some couldn't.

Apart from the ludicrousness of asking the question, because the deaf or hard-of-hearing wouldn't hear it anyway, it is an arrogance or an ignorance to assume you are a good enough speaker that you can overcome any disabilities you can't actually know or see.

Within the Church, as within other organisations, we are notoriously slow at catching up with the needs of others and yet consumer driven areas, such as tourism, are always seeking new ways to be more effective and therefore more attractive. When the disability discrimination act came into force many big name organisations began to adapt their premises and services (indeed some had done it before the act) because they wanted the custom. At the same time I was engaged in countless church councils who were doing their best to either avoid the issue or doing the least possible, when extravagant generosity would have said far more to the world about Christ.

I'm fortunate in that others have bought Roger and my loop system for me and I'm fully aware that Churches etc. can't afford such personal used systems for each member or visitor: however, at the very least each church ought to have a good quality amplification system and loop system, preferably with an over the ear/front of mouth microphone such as this used in a church I know. 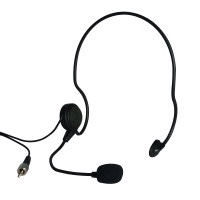 In addition, those of us who lead worship or who engage in public speaking need not only to learn how to use such equipment, but need to commit ourselves to showing how much we care for others by wanting to use it.

So my plea to fellow speakers and organisations is

“let's get with the real world and make sure we can be heard !“

Posted with Blogsy
A friend of mine took this photo while we were on holiday on Orkney.
Captions please……… 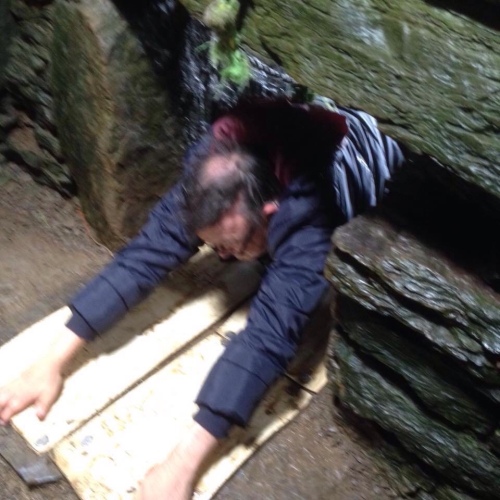